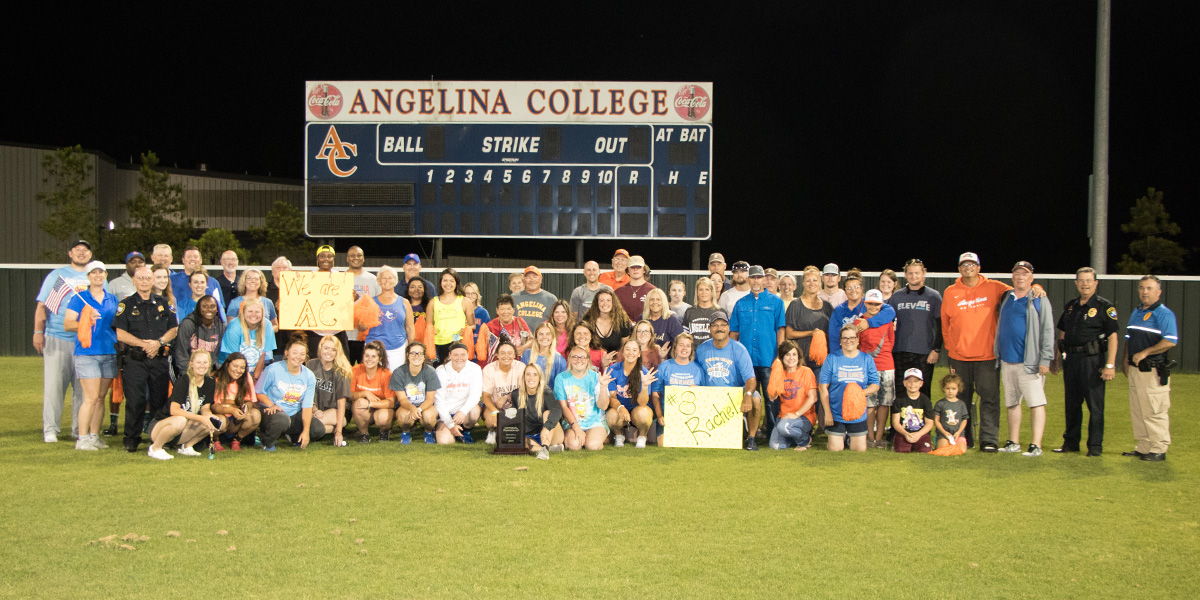 There are 221 softball programs listed among the NJCAA’s Division I ranks.

The Angelina College Lady Roadrunners just finished the 2019 season better than 219 of them.

The Lady ‘Runners received a big welcome on Monday as the team bus returned to Lufkin. Despite the late arrival – the bus rolled onto the AC campus just before midnight – there were more than 100 well-wishers on-hand to greet the No. 2 team in the nation.

There was even a police escort present to guide the team home.

The team’s long journey was filled with enough experiences to last all involved a lifetime: There was the snow storm in Gallup, New Mexico on the way up, just to name one.

But the way the team progressed through the tournament will remain a part of AC history.

Then came the No. 1-ranked team in the nation, Seminole State CC, owners of a 48-game winning streak and a pitcher ranked third in the nation in ERA. Lufkin native Sara Mayes accounted for all three Lady Roadrunner runs, blasting a two-run homer and driving in another run with a single.

A loss to eventual national champion Chipola left AC fighting to stay alive against No. 3 Central Florida, the Florida state champions. A classic slugfest ensued, with the teams combining for 11 homers in the game – eight of those off Lady ‘Runner bats to set a single-game program record. The back-and-forth affair seemed settled when the Patriots took a 13-10 lead in the top of the seventh, leaving the AC side of the bleachers quiet.

The dugout wasn’t quiet. The team continued to pump out the noise, proving they weren’t ready to quit just yet.

Tristin Anders hit her second homer of the game to cut the Central Florida lead to 13-11, and then Mayes rocked a two-run, game-tying shot over the right-field fence. If anyone had thoughts of extra innings, AC’s Riley Garrett put those to rest: Her second homer of the game was a two-run walk-off job to send the Lady ‘Runners into the championship game – and head coach Mark Mattson to the ground. When he saw Garrett’s game winner clear the fence, he leapt in celebration, landed wrong and tore his Achilles tendon. He’d spend the next game with his foot iced while he coached from a ball bucket in the dugout.

The team’s refusal to quit throughout the Central Florida game was a hallmark of the coaches’ approach.

“That’s what we put in their head from the moment they get here,” Mattson said. “We have to make them feel like a million bucks the moment they walk through the door, and be consistent with that. We still have to push them to do things they may find uncomfortable at first to get them to the next level, the next gear. Even when they fail, we’re still pumping them up, letting them know it’s okay, they’re going to make errors and there’s no reason to amplify the bad stuff. Let’s amplify the successes. The more we do that, the more they begin to feed off every success, even the smallest ones. They begin to realize what they do well.

“That carries us quite a bit, the being okay even when things aren’t going well. Our kids know they’re not done until someone tells them the ball game’s over.”

All told, the Lady Roadrunners had ended what amounted to a 98-game winning streak for their opponents.

Another loss to Chipola didn’t dampen the sense of accomplishment. After all, the Lady Roadrunners were the second-best team in the nation.

On Tuesday, after the big arrival celebration and with time to reflect, Mattson said he and his wife stayed up until 4 a.m. just re-capping the entire experience.

“I’m flabbergasted,” Mattson said. I knew all year that this was a big-time group we had here, so expectations from (wife and associate coach) Barbi were super-high from the beginning of the fall. We knew the girls had to figure out a few small parts – not just the physical parts of softball – to put them over the top. They really figured it out.

“I’m just so proud of the team. We had some growing pains, but I think every team in the country deals with those.”

The entire year was a journey, and not just the bus ride to Utah. Earlier in the spring, Mattson lost his father, setting off yet another chain of emotions.

“We went through a lot this year,” Mattson said. “My dad passed away, and I had to be away for a while. Barbi had to run it all, and the kids had to really focus and pick up the slack. Then they were helping me when I got back, helping me get through so much stuff. They understood what happened and what a big deal it was just because our whole thing in this program is family.

“They were amazing in getting me through a tough time.”

Following the tournament, McKenna Fryar and Kaylee Ancelot were named to the AllTournament team. Every player on the roster made an appearance in the tournament, and Mattson said it was all worth the pain.

“I’d tear both Achilles to get that group of women into the national championship game again,” Mattson laughed. “This particular team was so deserving, I’d wheelchair myself around for three months to let them have that opportunity to win the whole thing.

“Until the day they die, every one of our players will get to say they played in a national championship game.” 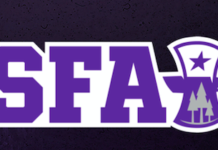 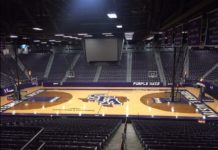