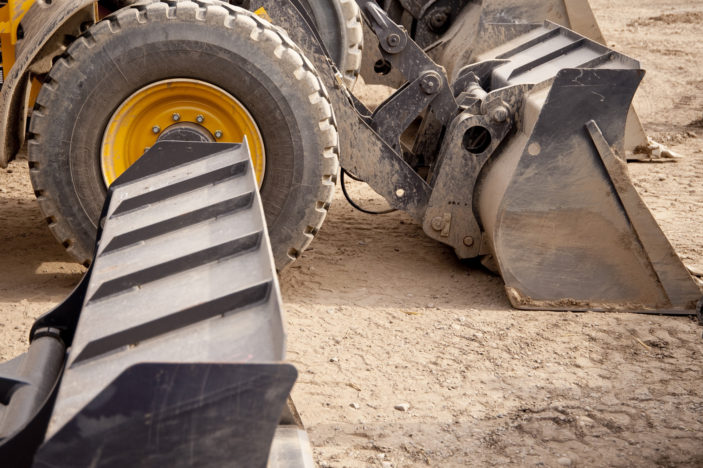 The Texas Transportation Commission in a monthly meeting in Austin Thursday approved more than $247.1 million in construction projects with $14.1 million in new projects located within the nine-county Lufkin District.

An $11.2 million seal coating contract was approved that will include highway resurfacing in various locations throughout the Lufkin District. Clark Construction of Texas, San Antonio, will serve as contractor. No project timeline has been set for the resurfacing. Counties approved for other construction projects include:

A $1.4 million construction project was approved for replacing bridges and approaches on Wells Landing Road at Kickapoo Creek, on Revia Road at Draw Creek, on Darden Road at Caney Creek and on Darvin Road at Menard Creek. CDM Holdings, New Boston, will serve as contractor. No project timeline has been set.

A $746,460 construction project was approved that is designed to construct a new entrance road and parking lots for a new visitor center at the Mission Tejas State Historical Park. Pinto Construction Company, Nacogdoches, will serve as contractor. No project timeline has been set.

A $646,827 construction project was approved to construct curb ramps and sidewalks at various locations within the city of Coldspring. Trevway, Inc., Katy, will serve as contractor. No project timeline has been set.

A $58,317 construction project earmarked for modifying the existing traffic signal at East College Street was approved, Striping Technology, Tyler, will serve as contractor. No timeline for the project has been set.

As these projects begin and other work within the district continues, motorists are urged to reduce speed and stay alert as they enter a work zone. Expect moving equipment, lane closures and nearby workers in the area. Remember, traffic fines double when workers are present.

For more information concerning projects within the Lufkin District and around the state, visit TxDOT.gov or contactRhonda.Oaks@txdot.gov or (936) 633-4395.

The Texas Department of Transportation (TxDOT) will host an Open House to gain public input regarding the planned replacement of the LaNana Creek Bridge on FM 1878 from 4-7 pmon Dec. 6 in the Nacogdoches ISD Board Room at 420 S. Shawnee Street.

The proposed project to replace the LaNana Creek Bridge is designed to enhance safety. This project is located adjacent to Stephen F. Austin State University and within Pecan Park inside the city of Nacogdoches.

Proposed improvements include a four-span concrete slab beam bridge with concrete decking and drilled shafts; four 11-foot travel lanes; 5-foot paved shoulders that may be used by cyclists; 5-foot sidewalks on each side; and bridge railing that will separate vehicular and pedestrian traffic. With these improvements, bridge weight limits would be removed.

The public is invited to attend the Open House where TxDOT officials will be on hand to answer questions and hear public comments in a come-and-go style format.

Beginning this week, Longview Bridge & Road, contractor for the $3.9 million construction project, will move traffic from the existing bridge to the newly constructed bridge on US 96 that spans Ayish Bayou. Motorists will be confined to one lane during the traffic switch. Two-way traffic is expected to be restored once the traffic switch has been completed.Traffic will be switched this week on US 96 at Ayish Bayou, marking the completion of a new bridge in San Augustine County.

The project was approved by Texas Department of Transportation Commissioners in 2015. Bids for the project were received in May 2015, Longview Bridge & Road was given a notice to proceed in July, and work began in November. Work on the project included the construction of the new bridge and approaches.

For a complete list of road closures and construction projects in the Lufkin District and throughout the state, visitdrivetexas.org. All work schedules are subject to change in inclement weather. 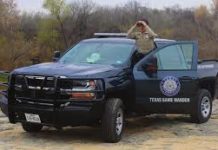 Texas forest country Game Wardens prove they know the game better than you do.