While students around the state are enjoying spring break, the Legislature is hard at work in Austin. Over the last several weeks, legislators have convened in their respective committee rooms to hear from a number of agencies and interested parties about potential legislation and budget requests. This is the time when session really begins to pick up, as the Texas House will begin to take action as a collective body on the House floor. Please know that I will continue to keep all of the input I have received from the district in mind every time I cast my vote. In that regard, here’s an update on what’s happening in Austin. . .

I’d like to bring everyone up to speed on a couple pieces of legislation I recently filed. The first, HB 2996, establishes a rural resident physician grant program, which would encourage graduate medical education positions in rural and nonmetropolitan areas. Ensuring that our rural areas have access to quality healthcare is a huge priority for me this session and this bill would be a strong first step in achieving that goal.

Another bill I recently filed, HB 3536, would designate a portion of I-45 in Leon County as the Sergeant Wade Daniel Wilson Memorial Highway. Sergeant Wilson, of Centerville, was killed while defending his platoon from enemy fire in Afghanistan. The President awarded Sgt. Wilson the Silver Star (posthumously) for his conspicuous gallantry and, it is my privilege to file legislation that would allow all who use this highway to honor his memory.

As many you may know, Agriculture Commissioner Miller recently announced his feral hog eradication program, which would use a lethal pesticide, warfarin, to control the growing feral hog population. After receiving numerous phone calls and emails from the district, as well as receiving advice from the veterinarian community, all voicing concerns with this program, I have signed on as a joint-author to HB 3451. This bill would require the state to conduct a study before using lethal pesticides for feral hog control. While feral hog eradication is an important issue facing the state, and one which I support, I believe we need to carefully consider the effects of warfarin, or any other lethal pesticides, and the potential impact on the health of deer and livestock, as well as humans who consume the meat. I believe that this bill provides for a measured and balanced approach to this issue. 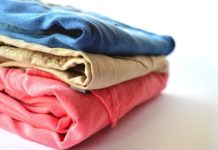