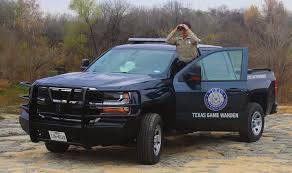 Below are two incidents close to home which Texas Parks and Wildlife deemed worth sharing with us, and are certainly worthy of telling. These officers of the law are the ultimate champions of wildlife conservation, and know their counties arguably better than anyone else around.

Losing all my Cool

April 2nd– A Polk County game warden was checking fisherman on a nearby shoreline for freshwater fishing compliance when he spotted a man emerging from under a bridge with a pole and tackle box. When the warden asked if he had a fishing license, the man said he didn’t need one because he wasn’t fishing. The warden showed the man the fresh bait and water dripping off the hook and asked if he would like to start over. The man then confessed to fishing, not having a license and being on probation. When asked if he had any weapons or illegal narcotics, the man said he didn’t want to go to jail and admitted to having marijuana in his car. The warden started to do a pat down search when the man turned and tried to distract the warden, then confessed to possibly having cocaine in his possession. The warden found multiple folded dollar bills containing a white powdery substance. A Polk County Sheriff’s Office Narcotics and Probation Officer was contacted and took over the case. Charges pending.

April 25th– An Angelina County game warden was approaching a boat ramp on the Angelina River just before dark when he saw someone driving in his direction. A man quickly laid a gun on the bow of the boat and walked away. When the warden approached the two people aboard the vessel, one decided to change out of wet socks while the other kept talking on their cell phone. The warden unloaded the .22 rifle left on the bow and inspected the cooler in the boat which contained a squirrel that was dressed and put on ice. Since the man started squirrel season six days early, he was issued a citation for hunting squirrels during a closed season. Case is pending.

And these are just two stories out of what I would imagine to be hundreds these officers deal with in a single year. What a job it must be being a game warden- and in our state, no less.

Don’t hunt or fish without the proper licensing, and definitely don’t EVER hunt out of season! Not only can the fine for being without licensing cost up to 500 dollars (trust me), but the penalties can become much steeper depending on what fish or game you are caught trying to keep if you are without the appropriate licensing and/or caught out of season. It’s definitely not worth the risk.

Texas Game Wardens just know the game better. Don’t find out the hard way! Just buy the license and follow the rules- both are in place to help protect native ecosystems, and the money spent on licenses/endorsements goes directly towards conservation efforts in the state of Texas. If you enjoy the sport enough to spend a day or weekend doing them, then it should be worth the cost to you towards a worthy cause to get yourself licensed and follow any relevant laws.