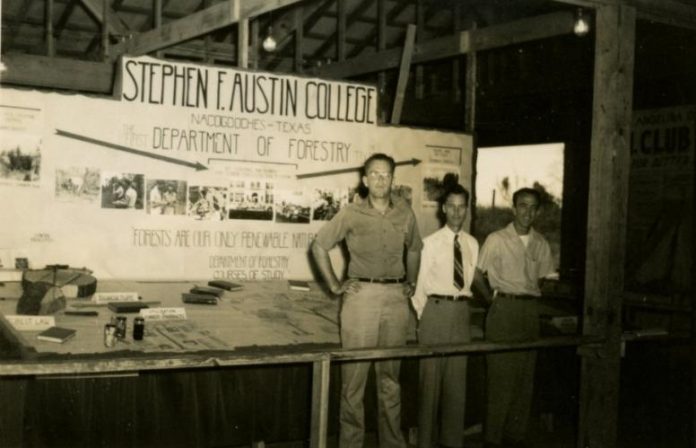 In the spring semester of 1946, Stephen F. Austin State Teachers College welcomed an influx of returning World War II servicemen to the student body. Among the courses offered to these new and returning students was an entirely new academic program — one that is inexorably tied to the heritage, economy and natural history of the region.

By the mid 20th century, the U.S. had transitioned away from viewing forests and their resources as purely extractive, and the creation of SFA’s Bachelor of Science in Forestry program reflected the growing understanding of the need for responsible, renewable, science-based forest management.

In 1966, the program received accreditation from the Society of American Foresters, the national organization representing and setting the standard for the forestry profession, making SFA home to the first accredited forestry program in the state.

The new Department of Forestry was initially housed in the basement of the Austin Building, and although campus location, technology and course offerings have changed during the past 75 years, one aspect has remained consistent.

“I think one of our strengths is that we have held on to the hands-on, learning-based experience model,” said Dr. Hans Williams, dean of SFA’s Arthur Temple College of Forestry and Agriculture. “Our students go to the forest and field every day to work closely with faculty members and learn.”

The field-based curriculum is perhaps best exemplified by the program’s intensive six-week summer field camp for students entering their junior year. Each week of the course focuses on a different aspect of the forestry profession and challenges students to apply the knowledge they have gained throughout the program to real-world scenarios.

For most of the program’s history, the camp took place off campus — first at a leased property equipped with dormitories and a dining hall near Milam, and later at the SFA-owned Piney Woods Conservation Center on Lake Sam Rayburn. In 2015, the camp transitioned to a non-residential format with students returning to their respective homes each night. Although locations of the camp have changed, the physical and mental rigor remain.

“Before I started field station, my friends told me that it’s the most fun you will never want to have again,” said Charlie Jordan, 2015 forestry graduate. “They were 100% correct. I’ve never had more fun during a summer class, but I never want to go through that mental and physical exhaustion again.”

Although tucked away in rural Texas Forest Country, SFA’s forestry program, faculty members and students have gained national recognition for their contributions to the profession.

Currently, the program is home to four faculty member recipients of the Carl Alwin Schenck Award. This national award, presented by the Society of American Foresters, recognizes outstanding performance in the field of forestry education. Additionally, the student chapter of The Wildlife Society and the student chapter of the Society of American Foresters have been recognized as the nation’s top-performing student chapters. Furthermore, the SFA Sylvans, the university’s timbersports team, has won multiple Southern Forestry Conclave championships, excelling in both the academic and physical portions of the competition.

“When you get down to it, the success of any program is based on the success of its graduates, and I think what you see with our graduates is that they have achieved leadership positions in the public and private sectors of forestry all over the country,” Williams said. “Because we’re such a large program and have graduated so many students over the years, we’ve gained a reputation through their success of being a fine forestry program that produces strong graduates.”

Among the program’s notable alumni are a Nobel Prize co-recipient and top scientist for the U.S. Geological Survey, as well as top leaders within the Texas A&M Forest Service, Texas Parks and Wildlife Department and private companies such as Weyerhaeuser and Davey Tree Expert Company.

“What amazes me is that as we try to select alumni for our Outstanding Alumni Award, we can’t seem to catch up,” Williams said. “We are so far behind in recognizing our outstanding alumni who have made great contributions to the profession.”

In addition to extensive teaching, research and outreach, the program manages 3,449 acres of East Texas forestland through the Lumberjack Legacy Forest Program. Through sustainable forest management, these properties have sequestered more than 600,000 tons of carbon dioxide and generated more than $239,000 for student scholarships and graduate research.

The Lumberjack Legacy Forest Program initially began in 2000 through a relationship with STMicroelectronics, a global electronics and semiconductor manufacturer focused on reducing its carbon footprint. The company purchased and afforested marginal East Texas pastureland and then donated the land to the SFA Real Estate Foundation to be managed in perpetuity by the college.

“This relationship was made possible through the vision and leadership of past deans and faculty members, as well as guidance from the SFA development office,” Williams said. “We have been able to meet STMicroelectronics’ goals, as well as our goals of supporting students and facilitating faculty development.”

While the forest industry and higher education have dramatically changed during the past 75 years and will no doubt continue to evolve, Williams speaks of the future of SFA’s forestry program with enthusiasm and purpose.

“We will continue to hold on to hands-on, experienced-based learning,” Williams said. “I think that is part of our culture, what we are known for and why employers seek out our graduates. We will continue to seek out ways to improve our academic quality and produce well-rounded professionals.” 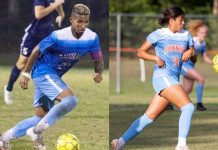 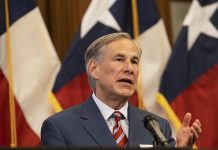