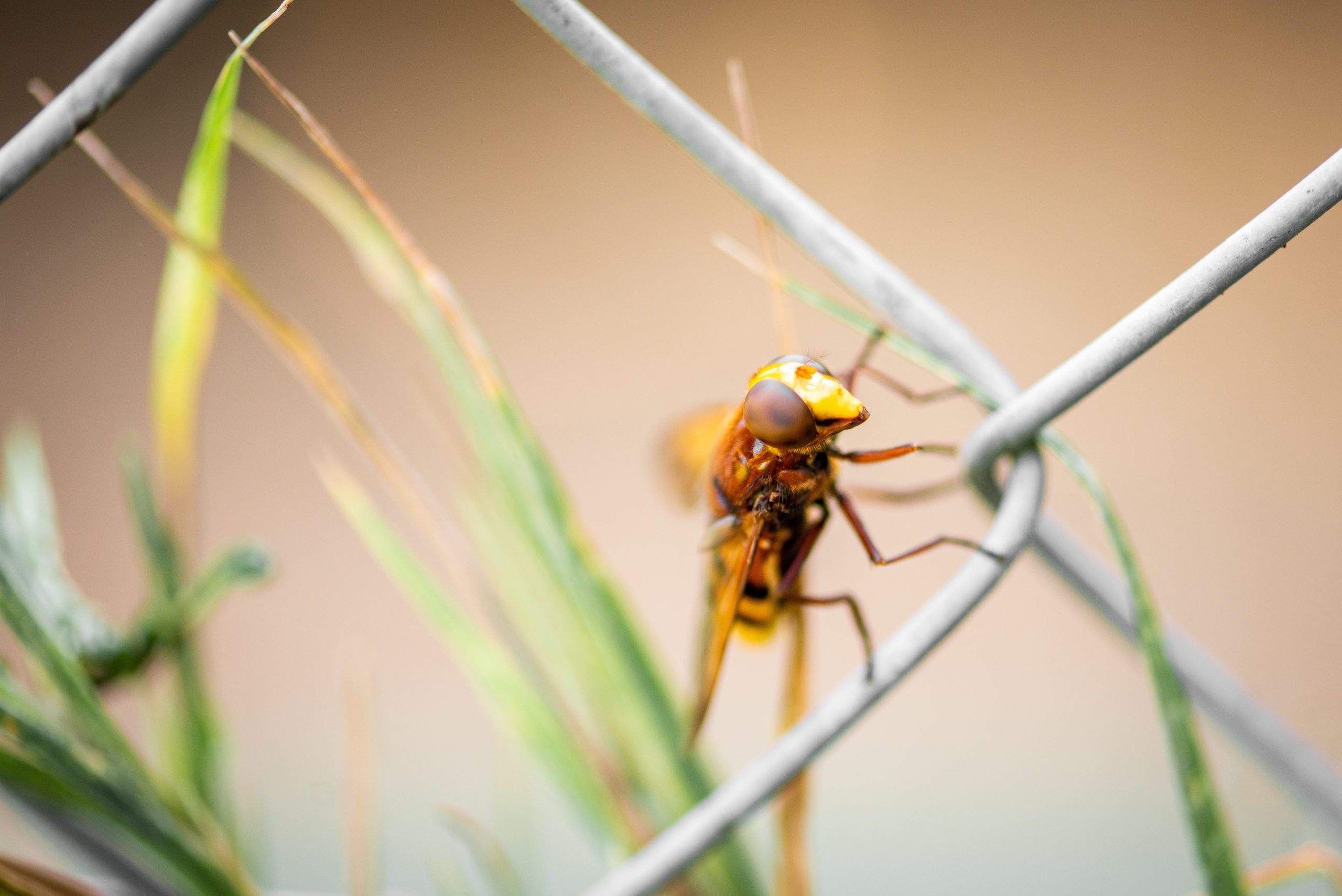 You may have heard about the “Murder Hornet”, also known as the Asian giant hornet, recently discovered in Washington state. It made a splash in the headlines recently and is certainly getting a lot of attention!

I had a friend text me to say that they’ve seen them here! In fact, they said they have had them for years.

According to all scientific observations, we certainly don’t have any murdurous hornets in East Texas. But we do have a unusually large wasp called a Cicada killer. These wasps reach up to 1-½ inches in length. Except for a rusty red head and thorax, they are overall black or rusty in color, with yellow band markings on the abdominal segments.

Cicadas are the large, late summer insects that are commonly mis-named locusts. Cicadas are well known for their “song” as well as the “cast/ skins” they leave behind as they grow.

(True locuts are a certain species of grasshopper that decimate crops as they feed.)

Cicada killer wasps spend the winter in a larval or pupal stage in the soil. Adults emerge in the summer, feed, mate and produce new nesting burrows. They prefer loose sandy soil and tend to be solitary.

Cicada killers are most active during July and August, coinciding with the appearance of cicadas which they attack, sting and paralyze. They then fly, glide or drag the cicadas back to their nests, provisioning the cells in their burrows. Larvae feed only on cicadas, and the adult will feed on flower nectar.

Cicada killers are beneficial as they reduce harmful insects. Yet large numbers of females nesting in localized areas such as sandy embankments can be a nuisance and cause concern because of their large size, low flight and nesting activities. Nest entrances are often accompanied by a pile of soil excavated from the burrow that may disturb turfgrass.

I hope we never have the Asian giant hornet in these parts. We already have a huge, native wasp that we can look for and enjoy.