I hope that you all had a wonderful start to this new year. This coming year will be spent reviewing interim charges in our Senate committees and beginning to prepare for the next legislative session which will begin in January 2021.

Here are five things happening around your state this month:

At the beginning of this month, Governor Greg Abbott announced Texas will no longer consent to resettling refugees. This is part of a federal program in which state and local authorities may opt into the program. Since 2010, more refugees have been sent to Texas than any other state, and approximately one in 10 resettle in Texas. In addition to those refugees which were sent here through the program, we have been left to deal with immigration issues on our own, due to the lack of support and funding from the federal government.

In May 2019, the number of immigrants entering the state in a single month peaked at 144,000. Many times communities are not notified before a large influx of refugees are sent to their town. This can put a huge burden on local taxpayers, overwhelm school districts and strain local and state support systems. Texas should be using its resources to help refugees, migrants, and all Texans in the state currently, before more are added. While Governor Abbott has taken criticism for his announcement, I fully support his decision.

While many bills passed during the 86th Legislative Session went into effect the day they were signed by the Governor, many were delayed a few months to a few years to ensure state agencies and the public have time to prepare for the new laws or changes to current law.

There were 24 pieces of legislation that went into effect on January 1 this year. These included SB 2060 which requires appraisal district offices to send an explanation, with the appraisal notice, of any homestead exemptions a person may qualify for and use. These exemptions can be for first responders, veterans, those with disabilities and Texans over the age of 65.

SB 1264 has gone into full effect and ensures patients do not receive surprise large medical bills when there is no choice in their provider, such as if they unexpectedly end up in an emergency room. Anyone who believes a healthcare provider committed a balance billing, charges that exceeds what insurance will cover, related violation may file a complaint with the Texas Department of Licensing and Regulation.

For the first time, Governor Abbott has awarded the Governor’s Medal of Courage, which honors those ‘who display great acts of heroism by risking their own safety to save another’s life.’ It is the highest honor given to civilians by the Governor. It was awarded to Jack Wilson who bravely stopped a gunman at West Freeway Church of Christ near Fort Worth in December. Two men were killed before Mr. Wilson was able to stop the gunman and prevent further loss of life.  He is a former Hood County reserve deputy and firearms instructor. He also serves as the church’s volunteer security team.

The President recently signed the George H.W. Bush and Barbara Bush Coin Act, which was sponsored by U.S. Senator John Cornyn and U.S. Congressman Roger Williams. This act authorizes the creation of a Presidential dollar coin and a First Spouse medal and bullion coin in honor of the former President and First Lady who both passed in 2018. As Senator Cornyn said, “The lives of President George H.W. Bush and First Lady Barbara Bush were characterized by love of country and service for others. Each coin will preserve their legacy and inspire us all to serve others in their memories.” I am looking forward to getting one of these coins!

At the end of January, the Texas United Methodist Women held their annual conference in Austin. This conference brings together hundreds of women from around Texas to discuss their legislative priorities. Those include education, maternal health, immigration and healthcare. My office was proud to welcome attendees from Senate District 3 to our Capitol office. If you are in Austin for any reason please do not hesitate to come visit the office, which belongs to all in Senate District 3. 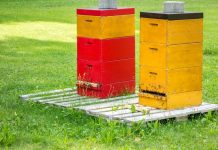 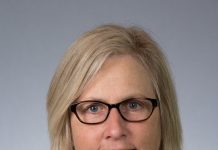