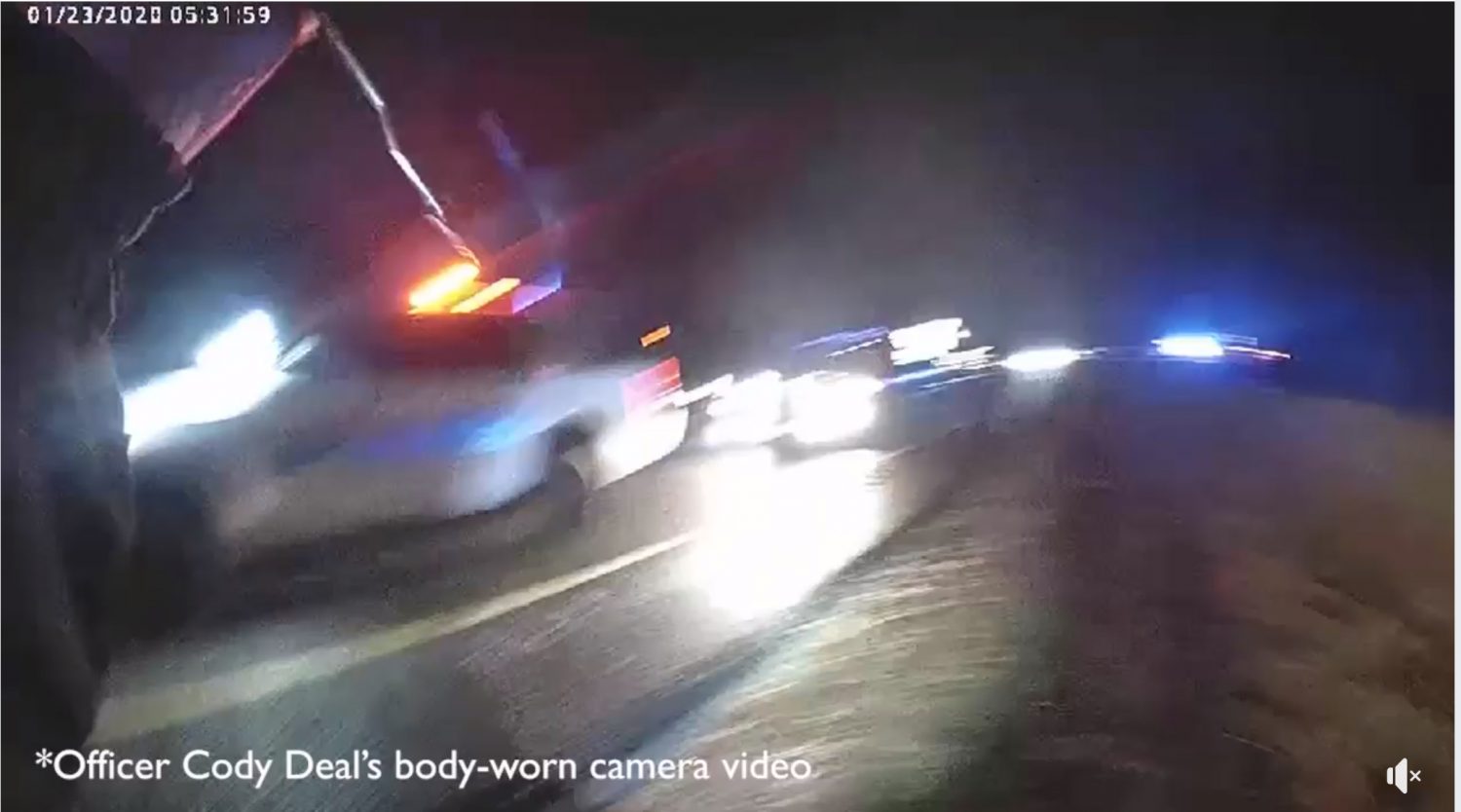 On the early morning of January 23, 2020, Lufkin Police Officer Cody Deal was working the scene of a two-vehicle, no-injury accident on U.S. 59 south of Lufkin at the intersection of Southwood Drive.

While Officer Deal was waiting on a wrecker, a man involved in the accident asked him how often secondary crashes occur while accidents are being worked. Officer Deal told him about Officer Seth Thompson’s accident last year. He went on to note that secondary accidents occur all the time in other areas, but thankfully not very often here in Lufkin.

Less than five minutes later, a southbound Dodge truck slammed into the back of Deal’s Tahoe. The Tahoe was knocked 50 feet into a wrecker that had just arrived on the scene.

The driver of the truck said he was distracted by a vehicle being cleared from the northbound side of U.S. 59 and did not see that the southbound side was partially blocked. Thankfully he and his passenger were not injured nor were Officer Deal, the wrecker driver (who was out of the truck already) or the man seen in the video.

Lufkin Police Department has released this video to bring awareness and remind everyone to MOVE OVER, SLOW DOWN for first responders.