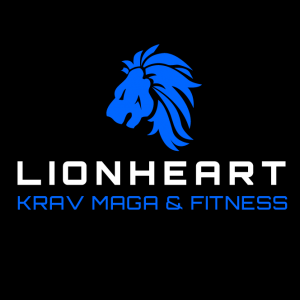 I’ll start this article with a disclaimer. Lionheart rocks. Period. The end.

I must confess, I own a small portion of this gym, but love it like it’s 100 percent all mine. It’s my home away from home. I’ve fallen in love with its atmosphere of grit and dedication, empowerment and self-knowledge.

I began my official martial arts practice in 2011. I say “official” because this was not my husband’s first attempt to recruit me. He had been practicing since 2001, a full 10 years before the thought even crossed my consciousness. He was an established Black Belt. As far as I can remember, this was the only blip on my radar. Karate was apart of him, but not an ounce me. I was totally a supporter.

A few years into our marriage, he tried to teach me H-Form, the very first kata (Japanese for “form”) that a white belt learns, on the football field of the high school we graduated from. I am completely uncoordinated, so I’ll admit I did not catch on easily. When I attended my first class, I shyly took my spot in the back row, feeling my stomach roiling with butterflies. I was wearing a borrowed gi that was too large, and the white belt cinched around my waist was uncomfortably tight.

I thought maybe I’d barf. I had to sit myself out after almost crying in anger and frustration when the class practiced H-Form that day and I couldn’t keep up.

Then, one day like any other, I decided to go back to class. My husband had already left. He taught a kid’s class prior to the adult class, so he didn’t even know that I planned on being there. By this point, I was exercising regularly, but I was bored. I needed a change of pace. I was ready to step outside my (new-ish) comfort zone, so I gave it a shot. It stuck.

One of my very first classes, I had to spar. I was given children’s gloves and foot gear to put on. After being strapped into a helmet with a face shield, I had what I assume is the same sensation a goldfish in a bowl would have. I felt as if I was breathing under water and the world was distorted. These people were encouraging me to hit others! It was ok if I kicked this person in the groin or smacked them on the nose? I had to reassure myself that I wouldn’t get in trouble. Yes, even as an adult, I anticipated blowback from such rash behavior.

This was completely outside of any experience I had before. Growing up, it was “Don’t hit,” or “Don’t be rude,” or “Mind your manners.” You could argue with my mom and dad, but I was a very well-behaved child. No playground brawls for me.

Then, I had an epiphany. I was a wild beast. Completely savage. You know, just stuck in a five foot tall feminine frame. Of course it was acceptable for me to hit people! There was no shaking me now. Aggression was my new stress-relief. People pissing you off at work? Hit someone (in class)! Husband driving you up the wall? Hit him (in class)!

I earned my Black Belt in 2015. By this time, I was known for my katas and kidney shots. I yelled, kicked, punched…and was once again bored. I longed for more self-defense, aggression and mental challenges. I wanted to expand my horizons, but my practice was stagnant. I had mastered all there was to master, so each class was repetition of the class before with no opportunity to grow. What once freed me now felt like a cage.

So, I broke free. Clay and I left our school. We were not the only ones, including my brother-in-law and our close friends, Angela and Richard Russell, and their son, Nathan Grace. Several of us began training in Krav Maga, a contemporary Israeli martial art. What started out as rough-and-tumble fun in a garage sparked an idea that soon burned bright like a wildfire. Mark Slane, the founder and chief instructor for the United States Krav Maga Association, was brought in (on several occasions actually) to bring us up to speed. The training was grueling, but worth it on so many levels.

Krav Maga was like nothing I had ever experienced. I was used to the “dojo mentality.” I would go to class, find my position according to belt rank in line, and begin moving from one perfectly-executed technique to the next like checkmarks on a checklist. Class was predictable. Krav Maga was the opposite. There was no gi, no uniform, no belt, because all street fighting requires is a body and the grit to do whatever is necessary to survive.

Techniques were simple and easy to learn, nothing flashy like much of my karate training. Not only that, it could answer a question, karate never could: What then? Yes, I can do this elaborate self-defense joint lock, but what then? So much of the self-defense I learned were taught from a male perspective with the technique being based on a male-on-male fight. So, although I don’t necessarily identify as a delicate feminine flower, last time I checked, I wasn’t a boy, so this just wasn’t a satisfactory explanation.

Krav Maga took my training to the next level. The mental challenge was intense. Before beginning training, I had to decide to do whatever it took to save myself or others. There was no shame in running, but if I had to fight, I had to be confident that I could deliver considerable damage to another human being. Despite my petite frame, I learned that I could take down a man twice my size with relatively little effort. I just had to fight like a lioness.

In January of 2016, Angela and Richard Russell’s brainchild, Lionheart, opened its doors in a tiny space in Diboll. Before long, we outgrew our space and Angela and Richard outgrew their original partner, prompting Clay and I to step up as business partners. We brought Krav Maga to Lufkin in October 2016. The new space is roughly three times bigger than the original facility and it feels magically like home.

So, if you’re looking to fall in love and step outside your comfort zone, here’s what you need to know about Lionheart.

What is Krav Maga?
Krav Maga means “contact combat” in Hebrew. It was founded in the 1930s by a Czechoslovakian Jew named Imi Lichtenfeld. He found out quickly that his traditional martial arts background did little to protect his neighborhood from the rising tide of anti-Semitism. Lichtenfeld moved to Palestine in the early 1940s. Over time, Lichtenfeld used his martial arts knowledge to develop a brutal, street-fighting system that was designed to neutralize threats quickly. Krav Maga is the official combative of the Israel Defense Forces (IDF) today. This is a very brief breakdown of Krav Maga’s history. If you are interested in learning more, visit the United States Krav Maga Association web page by clicking here.

Who can do Krav Maga?
Anyone can do Krav Maga. After retiring from IDF, Lichtenfeld began teaching the masses by opening two studios. Krav Maga teaches simple techniques that can be used in countless situations. Classes are a fantastic workout. In addition to learning killer self-defense, it’s not uncommon to see cardiorespiratory fitness and endurance improve. Muscles are toned, fat is lost.

If you’re worried that you can’t cut it, put your mind at ease. Everyone is required to take an Intro to Krav Maga class where you learn the history and basic moves of the practice before joining your first Level 1 class. You aren’t thrown in with the lions, yet.

What classes are offered?

Lionheart offers a variety of classes for all ages.

The youngest are the Cubs, ages 4-7. These are the cutest little bugs you will ever see, punching and kicking in their tiny uniforms. These little ones focus on safety and discipline with a sense of fun.

Kids are up next. They’re our 7-12-year-olds. These guys learn the basics of Krav Maga in a safe, controlled environment where they come to understand the difference between being the good or bad guy, a very anti-bully message. Kids are encouraged to be disciplined outside class, including at home and at school.

Teenagers are welcome, too. Teenagers are considered 13 or older, but we also train very large kids in the teen class. The teen class is often a great gateway into Krav for those the same size as adults, but are unwilling to hang with the grown-ups just yet. Don’t think that means it’s easy.

Women have a class all to themselves, if they want it. Although all teenage and adult females are welcome to any Krav class, sometimes girl time is just what we need. This class is perfect for women who are feeling their way onto the Krav scene. It’s intense, it’s Krav, it’s all WOMAN.

Adults, adults, adults. Males and females of all ages team up for co-ed classes of epic proportions. Classes are a whirlwind of music-driven, aggressive, sweaty fun. Learn to defend yourself, boost your confidence, get an awesome workout, and feel like an all-around bad you-know-what.

Yep, we do that, too. One-on-one training is the private way to get fighting fit in the gym.

What about special events?

Birthdays Parties among the little Cubs are very popular these days. Kids gather for food and a martial-arts themed party, fully equipped with a mini-class.

Self-Defense Parties are super fun! Gather a group of friends and host a party. Set to a make-you-wanna-dance-or-kick-butt soundtrack, attendees learn to defend themselves on the street.

Seminars of all kinds are offered monthly at Lionheart: Women’s Self-Defense, Weapons, Active Shooter – you name it, we’re teaching it. Follow our Facebook page, where we post regularly about event details.

The Lionheart Travel Team is the newest addition to our services. Want to experience Krav Maga, but don’t live near by? Book us to come to you! We do out-of-town self-defense parties, but also hold seminars of varying levels for schools, like Active Shooter Seminars, and other similar cool educational events.

How can Lionheart be contacted?

Feel free to stop by one day for a tour on shoot me a message on Facebook. I would love to connect with my readers, so send me your email for updates. I would be a sight to see my readers in the gym, learning to take care of themselves inside and out. Krav Maga is deeply embedded in my Fit Life. There’s something to be said about finding meaning in life outside of your comfort zone. You don’t have to be reckless to be fearless. As we say in Krav, “Get comfortable with being uncomfortable.”