The Angelina College Lady Roadrunners allowed their fans to sweat a little over the first four innings of Thursday’s game against Indian Hills Community College.

Behind a pair of homers from Nikki Whitehead and an RBI double from Brette Kohring, the Lady ‘Runners rode those four runs all the way up until Indian Hills closed the gap to 4-3 in the fourth inning.

Then AC’s hitters went off, posting three-run innings in the sixth and seventh innings to take a 10-4 win in the second round of the NJCAA Division I National Championship tournament in St. George, Utah.

Jessica Husband’s three-run bomb in the sixth extended the AC lead to 7-3, and Kaylee Ancelot, Emilee Cernosek and Rachel Agnello each drove in a run in the seventh to put the Lady Roadrunners on top by the final 10-4 margin.

In those earlier innings, the Warriors repeatedly appeared poised to regain the lead. After blasting three homers in Wednesday’s win over No. 5 Tyler, Indian Hills showed off its power on a two-run, first-inning homer from Macey Harrington. AC starter Shelby Mixon held fast in the circle, killing a threat in the third and stranding two Warriors to end the frame.

In the fourth, the Warriors loaded the bases with one out. McKenna Fryar came on in relief of Mixon, and after allowing a run-scoring sacrifice fly, induced an infield popup to thwart the Warrior rally.

In the sixth, Indian Hills again mounted a charge, this time with two outs. An error followed by an RBI single and a double plated a run and put Warriors on second and third; again, Fryar bore down and recorded a strikeout for the third out.

Fryar dismissed all drama in the bottom of the seventh, downing the Warriors 1-2-3 to propel the Lady Roadrunners into Friday’s winners’ bracket, where AC will face the No. 1 seed – and the No. 1 team in the nation – Seminole State, 3-0 winners over Wallace College.

Mixon earned her second win in the circle and Fryar her second save in as many days.

AC and Seminole State will play at 1 p.m. EST (12 p.m. MST). A win would set up another game at 6 p.m. EST against the winner of the Chipola/Central Florida game, while a loss would have the Lady ‘Runners playing immediately after the first game at 3:30 p.m. EST (2:30 MST). 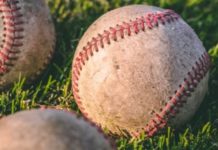 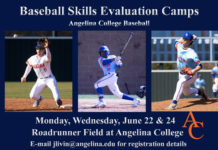