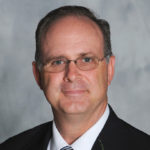 Cary Sims is the County Extension Agent for agriculture and natural resources for Angelina County. His email address is cw-sims@tamu.edu 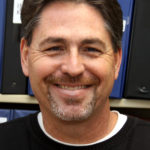 Sports Information Director Gary Stallard, who also serves as a Liberal Arts Instructor, begins his eleventh season with Angelina College. Following a career as a U.S. Marine, Stallard completed his bachelor’s degree at Stephen F. Austin University, where he majored in English and Journalism. For more than 16 years, he has worked as a sports writer/columnist/photographer for the Lufkin Daily News; he continues to contribute free-lance articles on occasion. Stallard has won several awards for writing, including the Golden Hoops Award for basketball writing in 2003, Regional Sports Writer of the Year in 2004, and the Texas Press Association’s first-place award for column writing in 2007 and in 2014. He has also done basketball, football and baseball radio and live streaming play-by- play and color commentary for an ESPN affiliate. Currently Stallard serves as play-by-play broadcaster for AC basketball, baseball and softball games. 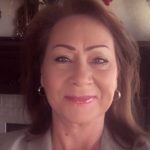 Rhonda Oaks is the Public Information Officer for the nine-county Lufkin District of the Texas Department of Transportation. A Lufkin native, she is a graduate of Hudson High School and Angelina College. She has a background in print journalism and worked for many years as a newspaper reporter and a freelance writer. She has received eight Associated Press awards. Her articles have been published in many publications over the past 25 years. 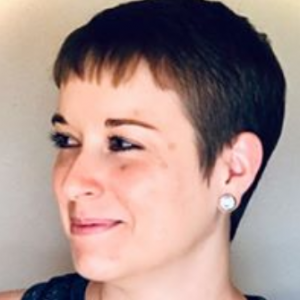 Brittany Hall is the owner of Brittany Hall Certified Personal Training and Health Coaching LLC. She is an ACE Certified Personal Trainer (ACE-CPT), ACE Certified Health Coach (ACE-CHC), and ACE Mind Body Specialist, all earned with the American Council on Exercise (ACE). She also holds an advanced certification with the Cancer Exercise Training Institute (CETI) as a Cancer Exercise Specialist (CES). She was an attendee at the Active Lives: Transforming Our Patients and Ourselves conference presented by The Institute of Lifestyle Medicine at Harvard Medical School as well as the IDEA World Fitness Convention presented by the IDEA Health and Fitness Association. Her latest venture is as a POP Pilates instructor.

Robert Nichols is the senator for Senate District 3. He was first elected to the Texas Senate in 2006, and he represents 19 counties in East Texas.During his time on the Senate, Nichols has created and passed legislation protecting land owners’ rights, increasing educational opportunities in East Texas, and reforming transportation policies. Nichols married his high school sweetheart, Donna, and they have three children: Brittney, Joshua, and Collynn’rae.

Trent Ashby is honored to be representing District 57 in the Texas House of Representatives. House District 57 includes Angelina, Houston, Leon, Madison, San Augustine and Trinity Counties. He can be reached at (512) 463-0508, (936)634-2762, or by email at trentashby@house.state.tx.us.

Dr. James W. Finck was raised in the shadows of history in the great state of Virginia.  Growing up it was difficult to travel too far without running into a monument or battlefield from the Revolutionary or Civil War.  In this environment, Finck developed a love for studying the past and from his youth knew that he wanted to make it his life’s work.  Finck received a B.A. from the College of William and Mary in Virginia.  He then studied under James I. Robertson and William C. Davis at Virginia Tech, while earning a Master’s degree.  Finally, he received his Ph.D. at the University of Arkansas, under the direction of Daniel Sutherland.  For five years, Finck taught at the University of Texas-Pan American before accepting his current position as American Historian at the University of Science and Arts of Oklahoma in 2011.  At a small liberal arts institution, Finck considers himself a generalist in history, but his specialties are the Civil War and American Politics.  Finck has established himself in Oklahoma with the creation of the Oklahoma Civil War Symposium, which has brought in leading Civil War scholars for the past eight years, and he has spoken at many venues around Oklahoma, especially working with the Honey Spring Battlefield.  Finck is the author of Divided Loyalties: Kentucky’s Struggle for Armed Neutrality in the Civil War, as well as Images of America: Chickasha.  Finck is also the author of the syndicated newspaper column “Historically Speaking.” 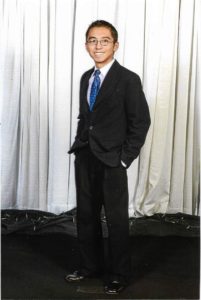 Luis Ruperto is from a small central town called Lampasas, where he graduated high school in May of 2015 and in the following fall went on to Stephen F. Austin State University to study Computer Science. After his first year at SFA he changed his major to Mass Communication with a concentration in Radio and Television and later added a Spanish major. He is scheduled to graduate in December of 2020 with a bachelor’s degree and is certified as a translator.

He started working with TFCL in December of 2019 and has since worked as a web content creator and writer. His goals are to grow and develop his skills along with helping further establish TFCL in East Texas and beyond.

Aaron Ferguson from Nacogdoches, Texas, is the editor/developer for Texas Forest Country Living. Aaron began in December of 2019 with a background in marketing and communications with the athletic department at Stephen F. Austin State University, from which he graduated in 2018. In his free time, he covers the Dallas Cowboys for a local website out of DFW, where he has been featured on Bleacher Report. Aaron hopes to convey his talents and experience towards helping build TFCL into something truly amazing:

“Growing a relationship with our followers and helping to define our culture and stay current on what is happening in our universe- what it means to be a part of Texas Forest Country Living- is an opportunity I look forward to grabbing a hold of with both hands. Our culture, economy, and the events surrounding our little corner of this great state are important to its residents in a way that is uniquely East Texas; I am incredibly excited to be your connection to all things Texas Forest Country, and to have my finger on the pulse of what our readers find relevant to their everyday lives.”