A quality organization is marked by its leadership – men and women, who create, envision, motivate and inspire. For many years, CHI St. Luke’s Health Memorial has operated under the skillful guidance of four such leaders who today announced their retirement from the Board of Directors. Ray Baldwin, Dr. Patricia McKenzie, Dr. Sid Roberts, and Gip Friesen have dedicated their lives to this organization with a core commitment to strengthening the hospital’s position in the community and viability in business, and to making sure Memorial provides the utmost in quality health care to all of East Texas.

“The service they have provided to Memorial and to this community cannot be overstated,” said CHI St. Luke’s Health Memorial Market Chief Executive Officer Gary Looper. “They have guided our hospital into the 21st century with such grace, determination and compassion. They have given countless hours in order to ensure the success of our hospital for which we can never adequately thank them. Their leadership, knowledge and dedication to our institution will be greatly missed.” 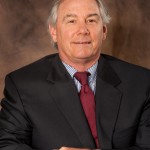 Ray Baldwin
Ray Baldwin, President of Swain & Baldwin Insurance & Risk Management, began his service with the Board of Directors in 1985, marking a 30-year commitment where he served as Secretary from 1990-1995, 2nd Vice Chair in 1995, 1st Vice Chair in 1996 and Chairman in 1997. He served on various committees, including the Executive Committee.

During Baldwin’s tenure, the Board of Directors opened the Temple Cancer Center, The W. Temple Webber Magnetic Resonance Imaging Center, the Joe W. Elliott House, The Polk Education Center, Memorial Specialty Hospital, Memorial Healthcare Plaza – the hospital’s main entrance facility – Temple Imaging Center and the Heart & Stroke Center. The Board also approved the purchase of the Livingston and San Augustine hospitals and significantly expanded the system’s capabilities in Livingston by constructing the new patient tower, as well as a $3 million expansion and renovation in San Augustine.  Also during his service, the Board approved the decision to assume management of the Angelina County & Cities Health District in an attempt to reach the medically under-served residents of Angelina County. 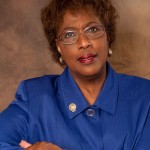 Patricia McKenzie
Patricia McKenzie, Ed.D., Vice President and Dean of Instruction at Angelina College, began her service in 1993, also providing guidance on many of the aforementioned growth opportunities for the hospital system. She was named Secretary and 2nd Vice Chair in 1999, 1st Vice Chair in 2000 and 2001, and Chairman in 2002 and 2003, in addition to serving on numerous Board committees. 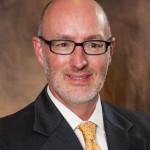 Dr. Sid Roberts
Sid Roberts, MD, FACR, Medical Director of the Temple Cancer Center, began his service in 2004 providing his medical knowledge and expertise to the Board, while also serving on various committees. 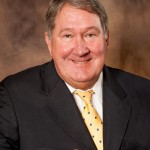 Gip Friesen
Gip Friesen, Secretary & Treasurer of Friesen-Strain Insurance Associates, Inc., served on the Board for 10 years, including the Executive Committee. He was named Secretary and 2nd Vice Chair in 2009 and 2010 and 1st Vice Chair for 2001 through 2013.

Most notably, the Memorial Board of Directors made the strategic decision in 2014 to transfer ownership of the four-hospital system to Catholic Health Initiatives, a national organization committed to bringing innovative health care to East Texas through national resources and a faith-based mission. The Board recognized that changes in the national health care landscape were would be challenging for an independent health system, but what they did about those challenges has forever re-defined the hospital system and local community. They sought to protect Memorial’s enduring legacy by partnering with CHI and St. Luke’s, which provides leading-edge technology, including its relationships with the Baylor College of Medicine and the Texas Heart® Institute.

Under the Board’s direction in 2009, Memorial proudly opened the doors to the area’s first and only dedicated heart and stroke care facility. The $48 million Heart and Stroke Center became home to a new 28-bed progressive care unit, 26-bed ICU, 32-bed emergency department – the largest in the area – and a dedicated cardiovascular suite complete with three cath labs and two operating rooms.

“This dynamic group of volunteers is made up of well-known leaders of our community, and we have been honored to serve alongside them for so many years creating a healthier, better East Texas,” Looper said.

Memorial provides more than a quarter of a million patient services each year and has a longstanding history of providing quality, innovative health care in East Texas.

With hospitals in Lufkin, Livingston, San Augustine and Memorial Specialty – the area’s only long-term acute care hospital – CHI St. Luke’s Health Memorial provides millions of dollars in charity care and community support each year.  Our mission is to nurture the healing ministry of the Church, supported by education and research.  Fidelity to the Gospel urges us to emphasize human dignity and social justice as we create healthier communities.