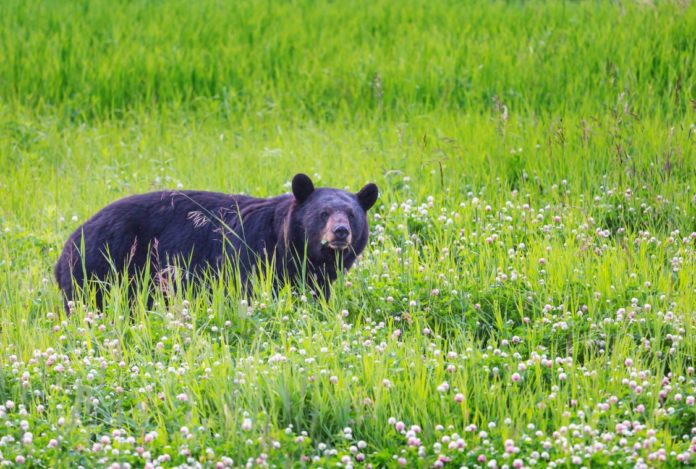 Since April, there has been an uptick in black bear sightings in Bowie, Grayson and Titus counties in northeast Texas. The bears are thought to originate from the neighboring states of Oklahoma and Arkansas or possibly Louisiana, where resident bear populations are well established and expanding. As the numbers of this iconic species grows, dispersing black bears find their way across state lines into Texas, signaling the possibility of its eventual permanent return to our landscape.

“It is inspiring as a biologist to watch these animals make their return to Northeast Texas after being absent for a century or more,” said Texas Parks and Wildlife Department (TPWD) biologist, Penny Wilkerson.

The recovery of black bears in the three-state region has been ongoing for 30-50 years. Thanks to conservation efforts, the Louisiana black bear is no longer listed as a federally threatened species. Similarly, efforts in Oklahoma and Arkansas have increased and expanded bear populations by focusing on habitat conservation and species management.

Bears are secretive but curious and have an excellent sense of smell, with much of their behavior driven by their appetite. These natural characteristics can, however, become a problem when bears find an easy meal from a human-related source.  Most sighting reports come from game camera photos around game feeders dispensing corn or pelleted feed.

“Bears do not generally pose a threat to pets or livestock. These critters are omnivores and are more interested in berries, grubs and acorns than anything else,” Wilkerson said.

Texas hunters should make sure that they know their targets as hogs and bears can look very similar from a distance. Black bears are currently a protected species in Texas.

TPWD is interested in documenting all sightings of bears and encourages reporting any sightings to a local biologist. Biologists can provide technical help on how to detour bears, and other unique animal visitors, from areas near your home. Residents can find a local biologist and more information about bears and bear safety on the TPWD website. Residents are also encouraged to call the east Texas Region Office at 903-566-1626 extension 209.