Michael Barash has been where his incoming junior college players want to go, and he did so at some of the highest levels of his chosen sport.

Angelina College’s new assistant baseball coach has played at the Division I ranks, has been drafted by the major league’s Los Angeles Angels and has advanced as far as the Triple-A level before hanging up his cleats and embarking on his pursuit of a collegiate coaching career.

Choosing to join the Roadrunner ranks was relatively easy, according to Barash. It all came down to location and tradition.

“For me, it was about location and about what Coach (Jeff) Livin has to offer,” Barash says. “This is a great institution with great history. He’s been here 22 years, and there’s a lot of pride going into this program.

“For me as a first-year assistant coach, it was important to step into a place with such a rich culture and a coach with deep roots here. It’s an incredible place to be, and the team competes in a great conference. The idea of working here was extremely appealing.”

Originally from Boca Raton, Florida, Barash spent his freshman season at LSU, where he was a member of the 2013 NCAA World Series team. He transferred to Palm Beach State College in Lake Worth, Florida where he played one season in 2014 under Kyle Forbes and earned First Team All-Conference and Second Team All-State as a sophomore catcher.

After Palm Beach State, Barash transferred to Texas A&M University and played two full seasons in 2015 and 2016. He was the everyday catcher for the teams responsible for winning 99 games in two years; the Aggies reached two Super Regionals and won the first-ever SEC baseball championship in school history.

Barash was selected in the 9th Round of the 2016 MLB Draft by the Los Angeles Angels. Barash rose quickly through the ranks as he reached Triple-A Salt Lake City in 2018 in his second full season and was invited to Major League spring training during both his years in the Angels system.

Barash served as the Student Assistant Coach at Texas A&M University for one year (2018-19), where he earned his B.S. in Recreation, Park and Tourism Sciences with an emphasis in Youth Development.

He says his approach to coaching will go beyond developing skills; he hopes to help develop the individual as well.

“I want our players to be better men when they leave,” Barash says. “I think it’s important for them to come here and strive to be great baseball players, but baseball’s only a small part of your life. I want them to be better men, better husbands and better fathers in the future, so when they leave here, Angelina College looks great.

“It’s important to give these guys the tools so when they leave here, their tool belt is full at all times. They’re going to be great baseball players, great students and great members of society. I want them to know I’m here for them.”

Barash also hopes to share his knowledge and experience gleaned from working with some of the game’s best.

“I was a transformation guy as a player,” Barash says. “I changed my swing, I changed my setup. When I moved to the professional level, I worked with a hitting coach by the name of Donald Ecker; he’s the assistant hitting coach for the Cincinnati Reds now. I learned how the body works. I got into biomechanics, which will let you see how your body’s actually working.

Barash says allowing players to develop individual skills will translate into a stronger team throughout the roster.

“There’s a team approach we’ll have that we’ll live and die by, but when it comes down to an individual basis, it’s really about what your body is telling you to do,” Barash says. “Your swing is going to be different from someone else’s. What I’m trying to do is make sure the player’s body is working the right way to fit our approach.

Barash is the son of Debbie and James Barash. 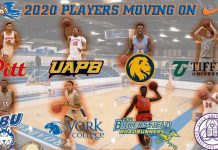 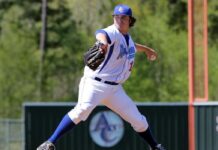