On stage will be the whole gang: bossy Lucy, who is hopelessly in love with piano prodigy Schroeder, who does not give her the time of day; perfectionist Sally, who is still mocking blanket-toting Linus; Snoopy in his doghouse; and the blockhead himself, Charlie Brown, in rare form.

AC students with their student ID get in free. Tickets cost $5 for adults and $4 for seniors and children. 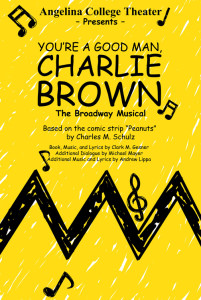 Beckie Compton will be musical director and pianist. Musicians will include Ana Watts on violin and viola; Amanda Burns on flute, clarinet and alto saxophone; Lee Miller on bass; and Tom Corbitt on percussion and sound effects.