They’ve resided in the memories of anyone who saw those men and women play, but now groups of former Roadrunners and Lady Roadrunners will have a permanent presence on the campus where they began their collegiate careers.

Angelina College on Saturday inducted several teams and players into the college’s new Hall of Fame now in place inside Shands Gymnasium.

In addition to the HOF inductions, AC recognized two long-standing members of the athletic programs, including Cecil Ferguson, the first basketball coach at AC, and Ken Roland, who was the team’s official bus driver, scorebook keeper and scoreboard operator for more than 20 years.

With ceremonies taking place throughout the entire Roadrunner Reunion/Alumni Day, the inaugural inductees included the following: 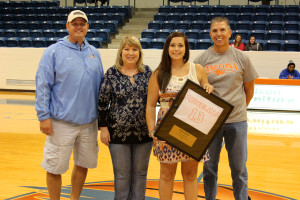 James was a two-time NFCA All-American who led the AC softball team to the 2014 NJCAA Division I National Championship – AC’s first national title in any sport. James also ended her AC career having set six school records for batting.

An NJCAA Honorable Mention All-American, Jones still holds the school record for most points scored in a season (666) and most points over a two-year career (1,267). Jones continued her career at the University of Texas. 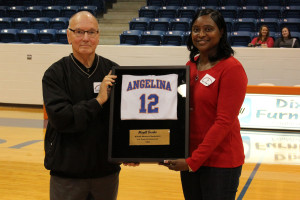 Named to the Kodak All-American 1st Team (which then encompassed both two- and four-year collegiate programs) and the NJCAA 1st Team All-American lists. Brooks holds the school record for most points in a single game (48) and most free throws in a game (17). Brooks continued her collegiate career at Stephen F. Austin State University, where she is also a member of the Lumberjack Hall of Fame. 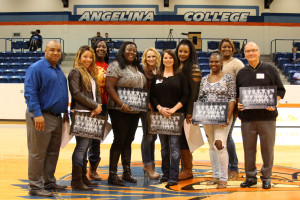 Under then-head coach Dwan Coleman, the team advanced to the conference championship game in 2004. The team holds the school record for most three pointers in a game with 15. Team member Trish Phillips that year established a school record with 12 three pointers in a single game. The team finished with a record of 22-9, the school record until 2009. Members of the team were Dustin Jones, Katrina Hackett, Trish Phillips, Crystal Rome, Cassidy Chretien and Alicia Hawkins, Brandi Ross, Andrea Lewis, Aishie Banks, Ebony Williams, LaToya Levine and Ashley Robertson. 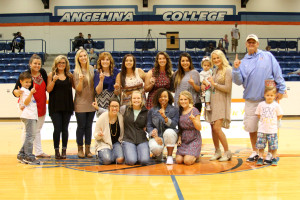 Cashner, who continued his collegiate career at TCU following his time with AC, was the 19th overall pick (Chicago Cubs) in the 2008 Major League Baseball draft. Cashner is currently a member of MLB’s San Diego Padres, where he was a unanimous winner of the Clyde McCullough Pitcher of the Year Award from the San Diego chapter of the Baseball Writers’ Association of America.

Tomlin, who continued his collegiate career at Texas Tech University, was a Cleveland Indians draft pick in 2006 and is still a member of the Tribe’s pitching staff. In his major-league debut, Tomlin outdueled C.C. Sabathia and the New York Yankees in a 4-1 win. In 2014, Tomlin just missed tossing a perfect game, striking out 11 and allowing just one hit against the Seattle Mariners. 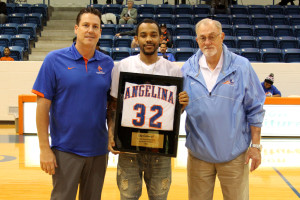 An NJCAA All-American Honorable Mention in 2006, Cartwright was a vital component of the Roadrunner basketball team that advanced to the finals of the Region XIV Conference tournament that year. The team finished the season with an overall record of 26-6, and Cartwright continued his collegiate career with the University of Central Florida.

Anderson was the school’s first All-American and only two-time 1st Team All-American, winning the honors in ’92 and ’93. Anderson holds individual school records for points in a game with 47, and the single-game record for free throws in a game (25). Anderson continued his collegiate career at the University of Texas, where he is still ranked among the Top 50 Longhorn basketball players of all time. 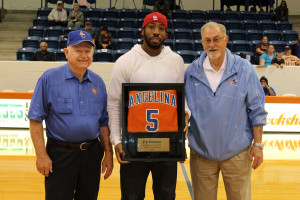 Montgomery, who played at Lufkin High School, was a 1st Team All-American for the Roadrunners in 2003. Montgomery holds the school records for most points in a single season (897) and most points over a two-year career (1,799). Montgomery continued his collegiate career with the University of Arkansas-Little Rock. 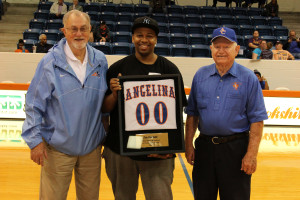 A 1st Team All-American selection in 1999, Chatfield was a key member of the 1997-1998 team – the first AC team to qualify for a national tournament. Chatfield was named to the national All-Tournament team following his performance in Hutchinson, KS. He continued his collegiate career at the University of New Mexico. 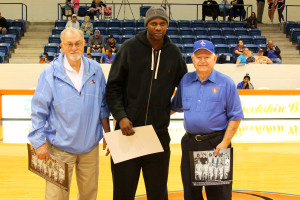