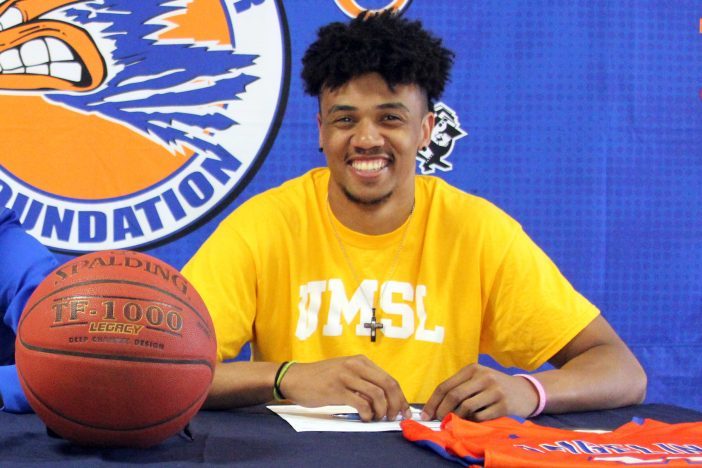 Jason Towery had just one year at Angelina College to show what he can do on a basketball court.
He showed more than enough to garner attention from other collegiate scouts.
Towery, the Lincoln, Nebraska product, parlayed his stellar sophomore year with the Roadrunners into a recent signing with the University of Missouri-St. Louis.
The 6’5” Towery proved invaluable in his role as a sixth man, specifically on the boards. Against Jacksonville College in the opening round of the 2017 Region XIV Conference Tournament, Towery grabbed 10 rebounds and scored 10 points to lead the Roadrunners to the win. Over the course of the year, Towery scored in double figures in eight games as the ‘Runners compiled a 22-win season under first-year head coach Kyle Manary.
More importantly, Towery understood that in a lineup filled with explosive offense, his biggest contributions would come without the ball touching his hands. His post defense allowed the Roadrunners to face down much larger lineups, in large part because of Towery’s tenacity. 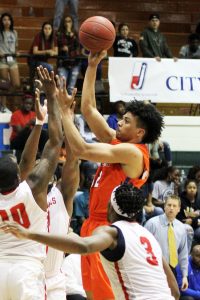 “We had a lot of scorers on this team, so I was comfortable in my role as far as doing what I can do without the pressure of putting up big points every night,” Towery said. “If I could get a bucket, I did, but ultimately I just wanted to contribute whatever I could to keep us winning. Sometimes that meant playing defense, and sometimes that meant crashing the boards.”
Towery, a Communications major, said his decision to sign with UMSL came down to what the Division II university could offer both on and off the floor.
“It felt just felt like the right decision to commit there,” Towery said. “I felt like was home when I visited the campus. I feel it’s going to benefit me both academically and as a basketball player. I want to finish my degree, and everything I was looking for in a college is right there.”
Towery arrived at AC having already qualified academically, meaning the possibility existed of extending his stay another season. However, the thought of moving on with his career gave just too strong a pull.
“Deciding to leave here was tough,” Towery said. “It’s hard to walk away after seeing what we’re building here. I was looking forward to help build on that, but it was a great experience. I’m glad I chose to come here.”
Towery credited the AC coaching staff with pushing him harder than he thought he could go.
“I learned here that sometimes you think you’re going hard and you don’t really have another gear, but these coaches taught me how to come in every day and keep working harder until you find one,” Towery said. “Whether it’s practice, or lifting weights, or whatever, you’ve got to go hard at every part of it. It’s going to take you a lot farther in life if you do.”
Towery’s mother is Sharon Anderson-Towery.
The e-mail address for AC’s Sports Information Director is gstallard@angelina.edu.