A little over two years ago, I joined the vast number of those who left cable and satellite for the world of streaming and on-demand movies. While I left behind expensive entertainment bills and annoying 15 minute commercial breaks, I also left behind a few things I love. Like football, timely weather updates and breaking news, and the opportunity to catch up on serials on one of the major networks.

That’s where 1byOne HDTV Antenna helped me reconnect to the world. When networks switched to digital, a box or antenna was needed to get the signal and receive the channels for local news 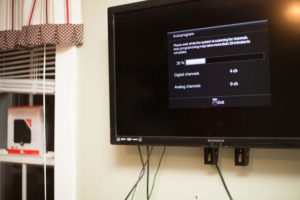 and major network sports and series. This paper thin antenna connects to your TV’s antenna in coaxial port and uses a series of your TV menu’s prompts to scan for the channels. After that, its a bit of a guessing game to get the antenna in the right place to catch the signal for the channels.

Time from taking the product out of the box, connecting the cable to the TV, and running the scan twice for a total of 10 channels was just about 10 minutes. I think the time is completely worth it. I don’t have to climb a roof and install an expensive antenna – which as a single adult who is not quite that handy but is very adept at accidents would be a considerable cost. 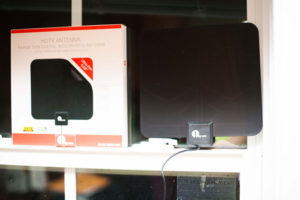 The signal is great, picking up reruns of some of my favorite TV shows, religious broadcasting, and late-night comedies.

I am very pleased and surprised at how well this product works. The only negative I have is that it was supposed to come with a 3M Sticker to attach it to the window or wall, which was not in the box with the product. Right now, it’s in the window sill and working perfectly.

Texas Forest Country Living received this product free for an unbiased review. You may purchase the antenna HERE.

Understanding and Abiding by the Texas Cottage Food Law