To get into the holiday spirit, I took a tour through the Total Insanity Haunt Park, a fundraiser for the Hudson Volunteer Fire Department.

Let me tell you, I do not like being scared. I don’t watch horror movies for fun, but I do like getting an adrenaline rush and seeing creativity at its finest. Haunt parks are somewhere in between my likes and dislikes.

I had heard so much hype about how great Total Insanity was this year, so I had to try it.

On Thursday, Oct. 27, I took a spin through the hayride and the Hyfield Institute for the Criminally Insane and the Monster Museum Mayhem Halfaker Hollow exhibits. The trail exhibit, Escape the Zombie ApocAlypse, was not open on the night I went due to a shortage of actors. I plan on going back to see and review that one.

The first exhibit I tried was the Monster Museum Mayhem Halfaker Hollow. It is a self guided walk through a monster “Hall of Shame” and a mysterious hollow of evil, carnivorous creatures.

From the beginning, the haunted house freaks you out. A loud buzzer announces that you are allowed to proceed into the house. When I walked through the door, I began regretting my decision to do this story. I was chickening out!

Honestly, this house was truly excellent work. I don’t want to give too much away, but I can tell you that the scenery was incredibly well made. Through the use of black lights, fog, air blasts, strobe, and more, the house puts you through various emotions including panic, claustrophobia, disorientation, and awe.

The acting was awesome. The rooms were creative and surprising. One part of the house has you walk through a tunnel of green light that you cannot see through. It was absolutely insane and hypnotic.

“I didn’t know you could do an illusion like that with just a projector and smoke,” said Judah Juarez, a haunt park participant. “That was really top notch.”

Next, I went through the Hatfield Institute for the Criminally Insane. My initial thought was, “Oh, crap. This one will have clowns.” Of course, the last house had clowns too, but I just knew this house would have even more of them. I had no idea how right I was.

This house was animated and immersive. The feeling of panic was ever present, and it didn’t help that someone in the park told the actors my name, either. As they called out to me to save them from evil doctors or creatures, I was freaked.

The story of the inmates in this psychiatric ward made me want to continue walking even though my mind was telling me to turn back. Several times I was fooled into thinking an actor was actually a prop, and I received a fright for my mistake.

I rode the hayride last, at about 8 p.m. It was very relaxing and, at the same time, nerve-wracking because I expected something to jump out at every turn. I recommend this as the finale for your trip through the park, especially during the evening when the cool temperatures come. 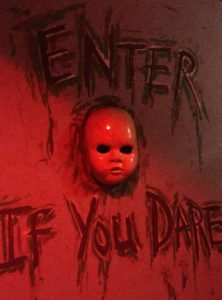 My recommendation? Go. See. These. Houses. For $18, you can get a pass for the whole park. I would say that is totally worth it. I even went through both houses again. The experience is worth seeing twice.

For the amount of time these people spend preparing, writing, designing, learning skits, and more, it’s a steal! Plus, it’s funding an organization that helps keep people alive.

The Total Insanity Haunt Park needs to make around $10,000 on Saturday night in order to fulfill their quota this year. I encourage all those who like a scare or an adrenaline rush to go out this weekend and attend. The park opens at 7 p.m., and is located at the Hudson Fire Department on Ted Trout Drive. Tickets can be purchased at the door.

What better way to both be entertained and to help people this Halloween season? 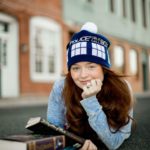 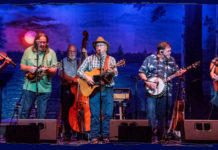 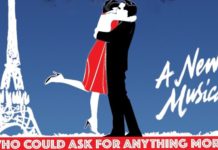 An American In Paris Comes to the Temple Theater! 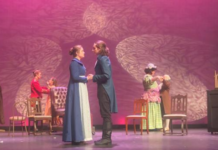