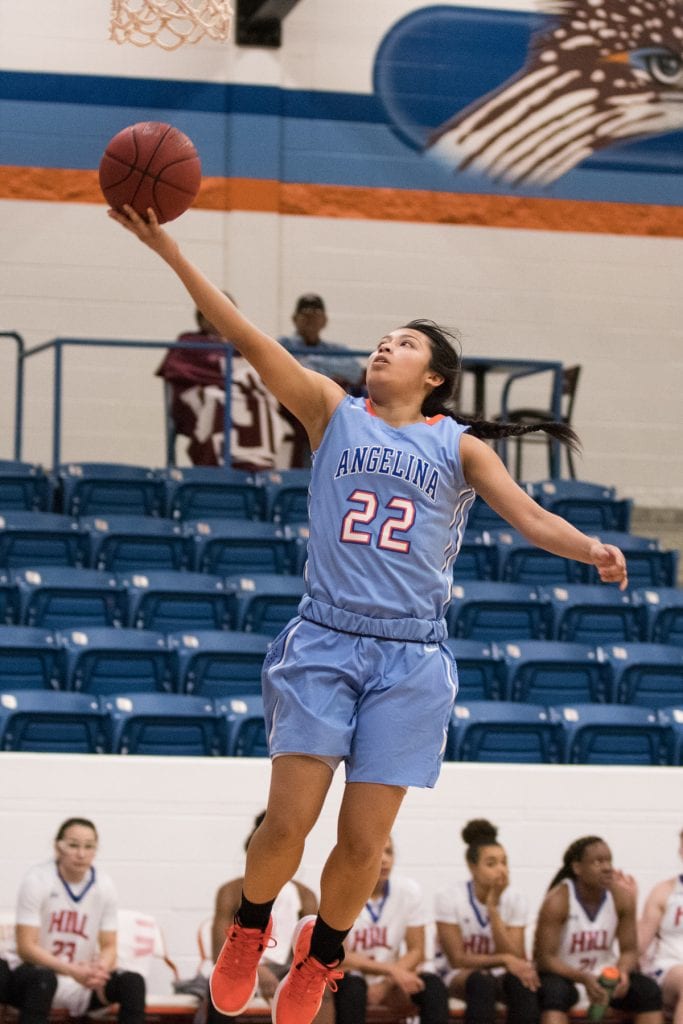 The Lady Roadrunners of Angelina College hit the floor running all the way back in October, throwing themselves into various scrimmages on the road in an effort to get a jump on the new season.

When the regular season tipped off on Nov. 1, AC’s ladies showed they were more than ready.

The Lady Roadrunners have begun their 2018-2019 campaign with eight straight wins, and all but one of those occurred by double-digit margins. AC is averaging nearly 82 points per game while only allowing 62 per contest.

However, the Lady ‘Runners have been on a break for the past 10 days – a hiatus head coach Byron Coleman said was much-needed.

“We’ve played a lot of games, including scrimmages, this past month,” Coleman said. “We needed some time off. We’ve gotten a little banged up, but we’re pretty much 95 percent healthy. We just needed a break to get our legs back underneath us so we’ll be fresh for this next stretch of games.”

On Wednesday, the Lady ‘Runners will host McLennan College in AC’s last non-conference game before Saturday’s league opener against Kilgore College. McLennan has opened the season with an 8-2 record and average nearly 77 points per game. Wednesday’s contest will serve as a final tune-up before the league opener on Saturday against Lady Ranger team Coleman called “one of the most athletic teams in our conference.”

Coleman said no matter what, his players just need to continue doing what they’ve been doing.

“We’re shooting the ball extremely well, and we’re in the top 15 (11th) in the nation in field-goal percentage,” Coleman said. “We’ve just got to continue putting the ball in the hole, and we’ll be fine.”

Wednesday’s game against McLennan will tip off at 5:30 p.m. at Shands Gymnasium. Fans can view the action via live stream by logging onto angelinaathletics.com.

The Roadrunner men will open Region XIV conference play Wednesday at Kilgore College. That game is set for a 7:30 p.m. start.