Texas Forest Country Living Bringing you the best of the forest country!
Home Life Community Central Texas Now Has an Airtanker Base to Help Fight Wildfires

The base is the first, state-funded portable airtanker base in Central Texas and is able to accommodate even the largest of aircraft used to drop fire retardant during wildfires. While it is based in Austin, it is portable in order to move to other parts of the state as needed.

The base, and the protection it provides, comes out of the Texas A&M Forest Service Texas Wildfire Protection Plan. The plan, approved by state lawmakers in the 2013 legislative session, has given the state more firefighters, additional equipment and the ability move assets around the state as needed.

Chancellor Sharp noted that by following the Texas A&M Forest Service Wildfire Protection Plan, the state saved about $20 million in the last wildfire season by pre-positioning in-state resources near fire-prone areas and not relying on costly out-of-state crews and equipment.

“We hope firefighters from the Texas A&M Forest Service and other agencies won’t be needed to battle dangerous blazes,” Chancellor Sharp said. “But if they are called upon, they will be ready with the tools they need to save lives and property.”

Development of the base took a lot of collaboration. Texas A&M Forest Service, Austin-Bergstrom International Airport, the Austin Fire Department, residents and local officials supported the project, with Rep. Cyrier helping bring all parties together to make the base a reality.

The Austin Airtanker Base will allow for quicker set up and mobilization of aviation resources in times of wildfires especially along the historically active I-35 corridor. In times of high fire danger, the base will be manned by trained and qualified Texas A&M Forest Service, Austin Fire Department and USDA Forest Service firefighting personnel.

“The establishment of this tanker base is an historic moment in our collective task to protect Texans,” said Tom Boggus, Director of Texas A&M Forest Service. “We know that we are stronger together — and in a state this size, it takes us all.”

More than 60 municipal, county and state officials attended Thursday’s announcement at the ABIA.

For photos of the event please visit https://flic.kr/s/aHskUzFXmt. 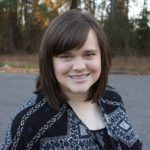