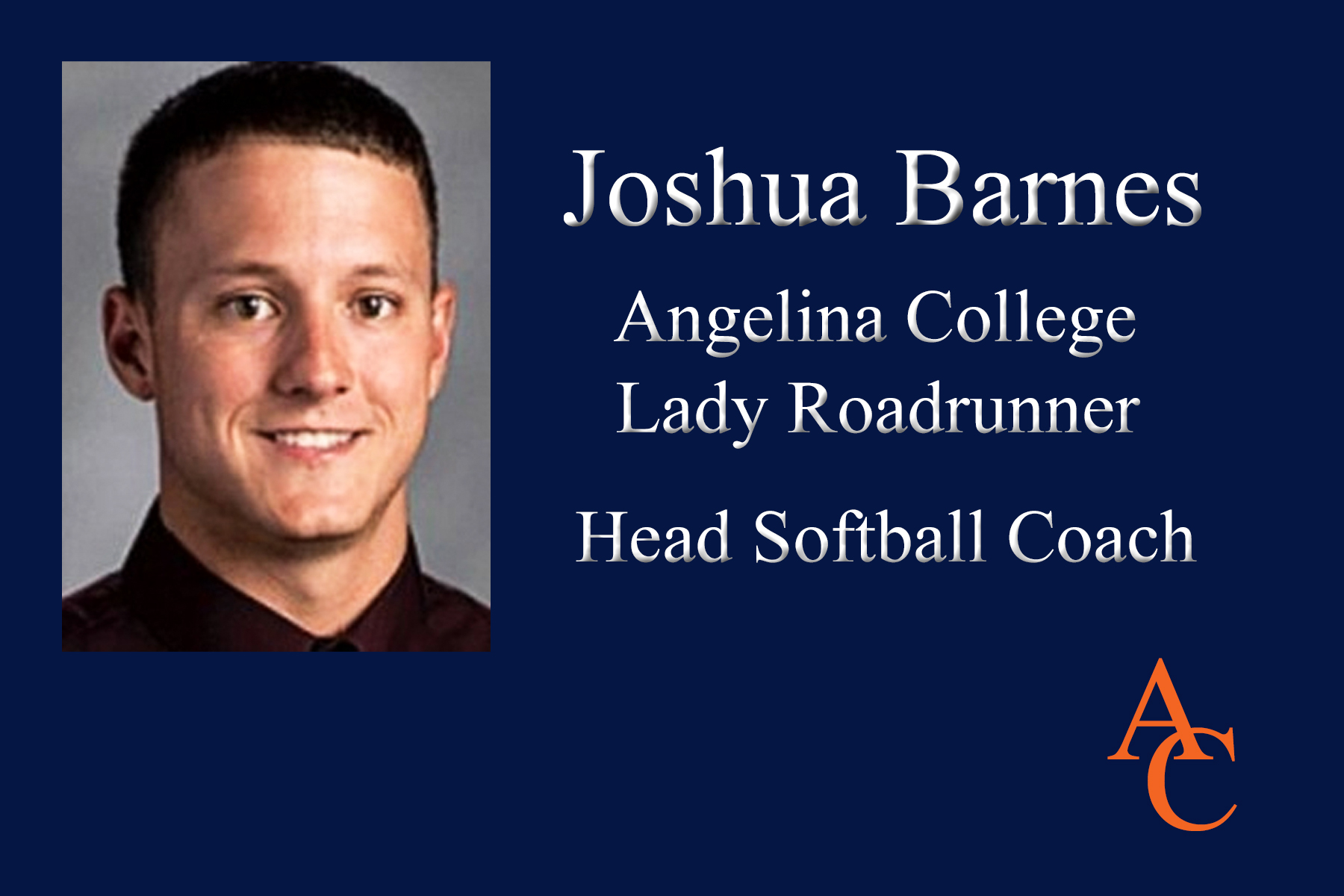 The recently named new head coach of the Angelina College softball program knows all about the team’s recent successes, including an NJCAA Division I national championship in 2014 and a national runners-up finish this past season. He’s fully aware of the expectations and tradition, not to mention the level of competition in the program’s home conference.

“I love the competitive nature at Angelina College,” Barnes said. “To have a chance to be a part of that and compete against some of the best in the country is just too good to pass up.

“The (Region XIV) conference competition is going to be exciting, but it’s also going to be the stressful part of the job. I know I’m coming into one of the best conferences in the entire country, and I know I have to do a great job to continue what the program’s been doing for the past few years. But coaches are as competitive as anybody, and every single one wants the opportunity to go up against the best to see where they stand.”

Barnes has spent the past three seasons as the head coach at McCook Community College in Nebraska, where his teams were among national leaders in doubles and stolen bases. In 2019, McCook’s Indians posted a team slugging percentage of .495 with 32 homers and 126 doubles, scoring 382 runs in 62 games to average 6.1 runs per game. While he’s a firm believer in allowing his players to swing the bats, he said he’s more focused on developing a player’s overall individual abilities.

“I haven’t pigeonholed my players into singular skills,” Barnes said. “I try to get athletic players. I love hitting, but at the same time you have to have players who play good defense, and you’ve got to have someone in the circle who can help shut down the opposition. My goal is to have plenty of balance.

“I definitely believe in molding to the personnel we have, but something we’ve done with our teams is the focus on hitting as well,” Barnes added. “We haven’t hit as many homers, but our field (at McCook) is considerably bigger. Our power alleys are about 20 feet longer, but we’ve been in the top 15 in the nation in doubles the past few years.”

Barnes said he’s also aware of how team speed can help change the course of any game.

“Hey, if your mascot is ‘Roadrunners’, you’ve definitely got to have some speed on the field,” Barnes laughed. “I thought that was in the AC rule book.”

A Potter, Kansas native, Barnes played baseball at the University of Saint Mary’s in Leavenworth, Kansas, where he was an outfielder and pitcher. During his playing career, Barnes earned two KCAC Gold Gloves (2010/2011), a 2nd Team All-KCAC Outfielder award (2010) and was selected to the All-NAIA Gold Glove team in 2011.

Barnes will also experience the unique situation of inheriting incoming players rather than working with his own recruiting class. He feels his approach to coaching will make the transition beneficial and smoother for all involved.

“I want every player to know I care about her as a person, first and foremost,” Barnes said. “We’re going to play a game, and it’s just a game. I tell my players that I hope in 10 years I’m getting invitations to your wedding, I’m getting baby pictures, I’m getting notifications on all your accomplishments, whether it’s graduating with your degree or getting your dream job. I want to be a part of their lives, and I want to be one of the first people they call or text about the great things they have going on.

“The better our relationship and communication as a team, the better we’re going to be even better on the field. The talent’s going to be there. If they’re playing college ball, they’ve obviously got the talent. They have to have the bond to play together and go into battle every day.”

While developing diamond skills is a necessity, Barnes said he feels his student/athlete’s academic success is of ultimate importance.

“For our players and our program, we have high expectations for their academic success,” Barnes said. “Our program (at McCook) averaged eight Academic All-Americans over our three years there. The truth is, what our athletes do in the classroom is going to have everything to do with their future careers. Their academic success will help determine what they’re able to do for a living. We want to ensure they know how to use their athletic abilities to build a better life down the road.

“I believe in teaching life skills. Sometimes, instead of just another day of ground balls, we’ll do things like resume prep, or talk about different areas of life. We want them to get into the community and see how they can impact lives. That’s where they’ll get their sense of self-satisfaction later on.”

Barnes also said he’s anxious to reach out to the East Texas community to introduce his team and himself.

“We do a lot of things with our women in the community, and I want to continue that in East Texas,” Barnes said. “Obviously, people and players are going to see me as a coach, but I want opportunities for them to see me as a person.

“I can’t be any more excited about this opportunity. When I came down for the interview and saw the town and the college, I had the chance to get a feel for it. I’m a family man. I come from a small town, and I’ve worked in a small town. When you’re in that situation, it’s the commitment to family that keeps you grounded.”

AC president Dr. Michael Simon said he believes Barnes is the perfect fit for the program.

“I am excited for Coach Barnes to join the AC family and to continue the tradition of academic success, citizenship development, and competitive excellence in the Women’s Softball program,” Simon said.

Barnes, his wife Lani and 10-month old son Jordy are expected to arrive in Lufkin in the next week. 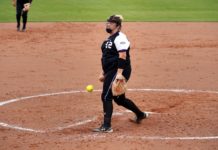