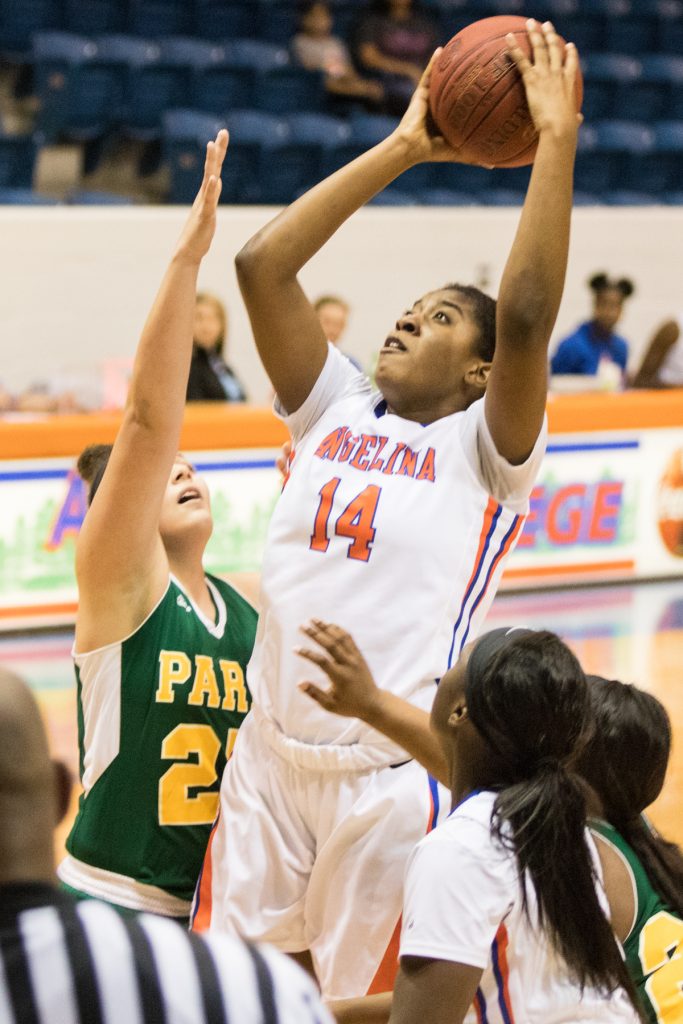 Angelina College’s Mia Perkins (14) scores on a putback during Saturday’s game against Paris College. The Lady Roadrunners moved to 8-3 in conference play with a 98-67 win over the Lady Dragons at Shands Gymnasium. (Gary Stallard/AC Athletics photo)

Great starts led to great finishes for both Angelina College basketball teams on Saturday, with the Lady Roadrunners pounding Paris College 98-67 and the Roadrunners taking down Lee College 83-62 at Shands Gymnasium.

AC’s Natasha Mack followed Wednesday’s 29-point performance in the team’s win at Coastal Bend with a 36-point effort against Paris College on Saturday.

Playing just 26 minutes, Mack finished with another double-double – her 11th straight game with the feat – by adding 13 rebounds and four blocked shots.

Adding to the good news for the Lady Roadrunners was a breakout performance from Mia Perkins, who notched a collegiate career-high 22 points with 15 rebounds in the win.

AC’s ladies also did the job from the perimeter, connecting for 11 three pointers – with seven of those occurring in the first half – in the game. Priscilla Murray accounted for three treys, and Mack, Charisma Shepherd and Angelica Darcus hit two each.

The Lady ‘Runners roared out to a 22-8 lead to open the game. Murray hit all of her three pointers in the first quarter, and AC led 30-10 after 10 minutes of play. The Lady Roadrunner lead would expand to as many as 33 points by game’s end.

That would be considered a fast start.

Angelina College’s Roadrunners may not have won the opening the tip, but the next nine minutes were all AC, as the team exploded for a 20-2 lead early before cruising to an 81-62 win over Lee College on Saturday. 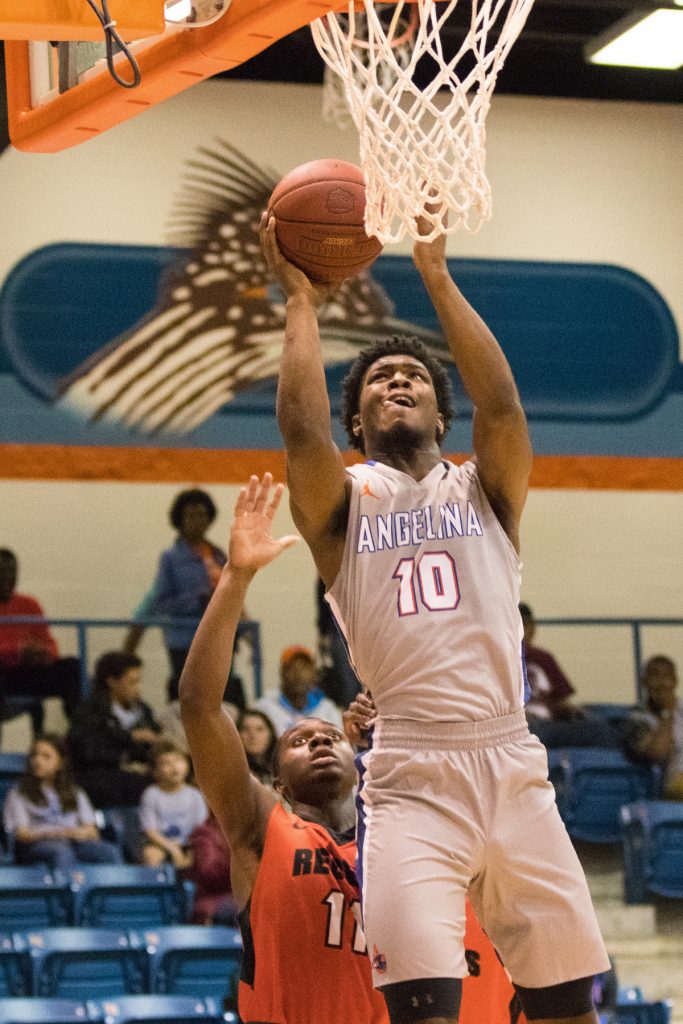 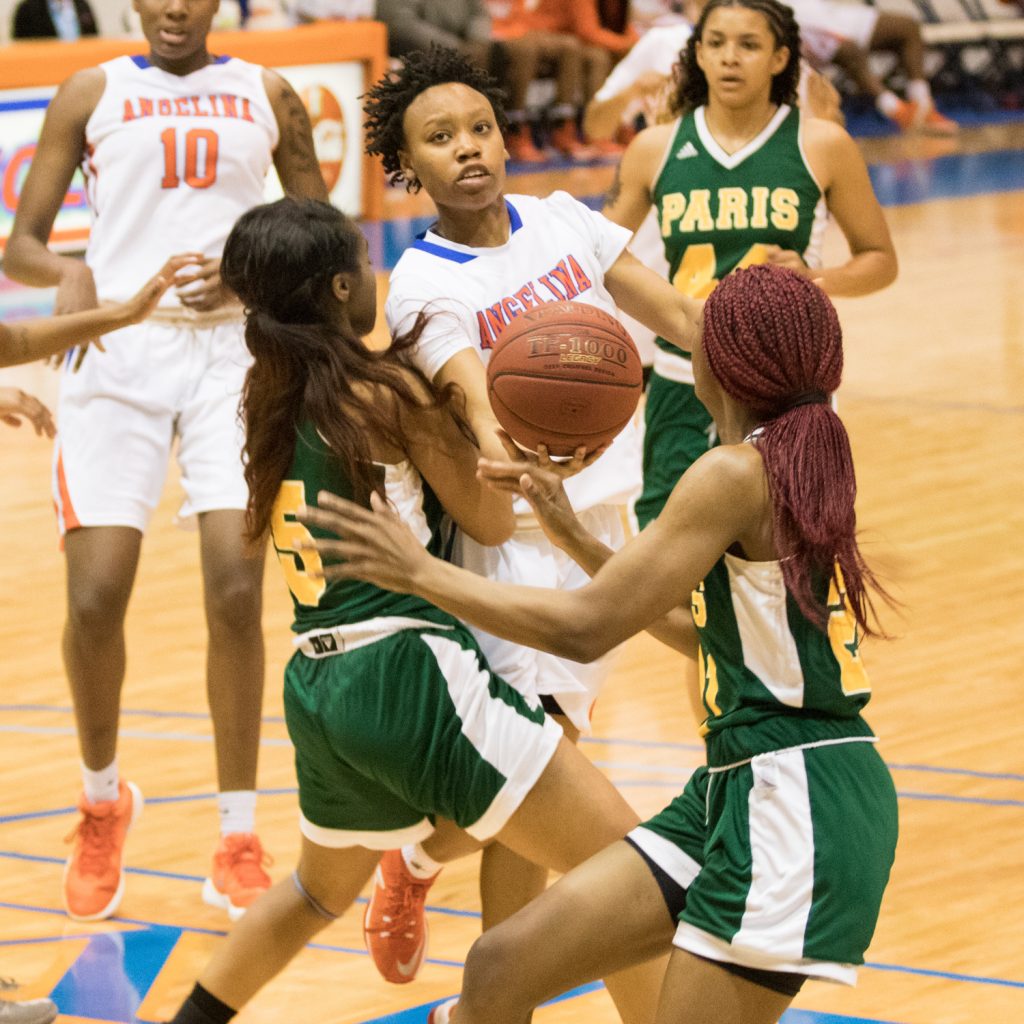 Angelina College’s Angelica Darcus (11) gets sandwiched between Paris College defenders while attempting a layup during Saturday’s game. The Lady Roadrunners moved to 8-3 in conference play with a 98-67 win over the Lady Dragons at Shands Gymnasium. (Gary Stallard/AC Athletics photo)

AC finished the game having committed just 11 turnovers. Most of those came in a brief second-half stretch that saw Lee climb to within five points of the Roadrunners’ lead.

The ‘Runners collected themselves and proceeded to put together a 14-6 run to keep the game out of reach.